Don Strickland is an ordained pastor and our new Minister.  He received his master’s degree in Divinity from Brite Divinity-TCU in Fort Worth, Texas, and holds a bachelor’s degree in Political Science from the University of Texas.

He is a community and political organizer.  His academic interests lie at the intersection of politics and religion.  Aside from his academic and pastoral career, he is the founder of Jubilee Farm and Ranch, LLC where he enjoys raising livestock.  Married for 30 years, Don has two grown children. 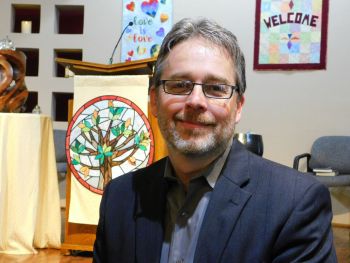 Nicci began as the DLRE (Director of Lifespan Religious Education) at Westside in August of 2019. She has served in Faith Formation roles for over 15 years and has a deep appreciation for families that intentionally and intergenerationally gather. Nicci grew up active with her family in a congregation and understood at a young age the importance such a community truly is. She is a Fort Worth native and happy to be in Fort Worth with her family; parents, sister and brother-in-law; most notable are her nieces and nephews that call her NINI!

Nicci enjoys being out under the stars (especially camping), experimenting in the kitchen, currently learning how to roast coffee beans, is addicted to Sonic Ice, and has four chickens: Suey-mama, HeiHei, Yo Landa, and the Other One - they keep her giggling daily. 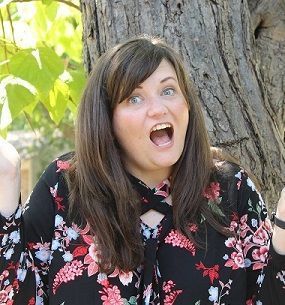 Gene McKeon is Westside's Sexton. He is in charge of building operations, which includes building maintenance, supervising repair projects, maintaining the grounds, and setup and teardown for services and other church events.

Gene has been a UU and member of Westside for 20 years. He has served on Westside's Board, as chair of the Canvassing Committee, and has been the Building Committee Chair for 10 years.

Gene has been married to Brenda McKeon for 38 years; they have two daughters and four grandchildren.

A native of Japan, Yuki Kumamoto just graduated with her Doctorate of Musical Arts degree in piano performance at the University of North Texas, where she studies under Vladimir Viardo, winner of the 1973 Van Cliburn International Piano Competition. Kumamoto has performed internationally in countries including the United States, Japan and Germany. Recently she was invited by the city of Koga, Japan to give a solo concert and master class, and gave a lecture recital sponsored by the city of Tsuyazaki, Japan. She has appeared as a featured soloist with Tokyo International Association of Arts Philharmonic Orchestra under a baton of Stephen Ellery and Orchestra of the Pines under Dr. Gene Moon.

Yuki is a member of the U.S.-Japan Council and is an active educator to help cultivate the arts in the next generation. She has served as an adjunct piano professor at Tyler Junior College, and as faculty of the Music Preparatory Division at Stephen F. Austin State University.

Dr. Russell K. Elleven served as Westside’s minister from 2005 to 2013. He began as a contract minister and was then called, first to part-time, and then to full-time service. Previously, Russell had worked for 17 years in higher education as an administrator and professor, having earned degrees from TCU, Vanderbilt, the University of North Texas, and Meadville Lombard Theological School. After two years in Puerto Rico, Russell currently serves as the Executive Director of The Genesis 1:29 Project in Chicago. He and his spouse, Gayle, enjoy traveling, sharing new experiences and learning about other cultures.